Why Are We Always Picking on Each Other?

On permanent display at the International Museum of Peace and Solidarity in Samarkind, Uzbekistan, the Commonwealth of Independent States.

Lesson 1: Everyone Has A Beginner’s Eye

Welcome students to this new class.

What do you think? Is that a reasonable conclusion? Would Sherlock Holmes be proud of our deduction?

To sit in a circle, if possible. Then, one by one, ask each of them one of the following questions. Give them time to enjoy the question and think about responding. Add some questions of your own

Notice how students’ eyes light up when they become AWARE of something they enjoy or are thinking about for the first time.

Being aware comes from paying attention to the world around us, listening to feelings inside of us, and to those feelings of others. 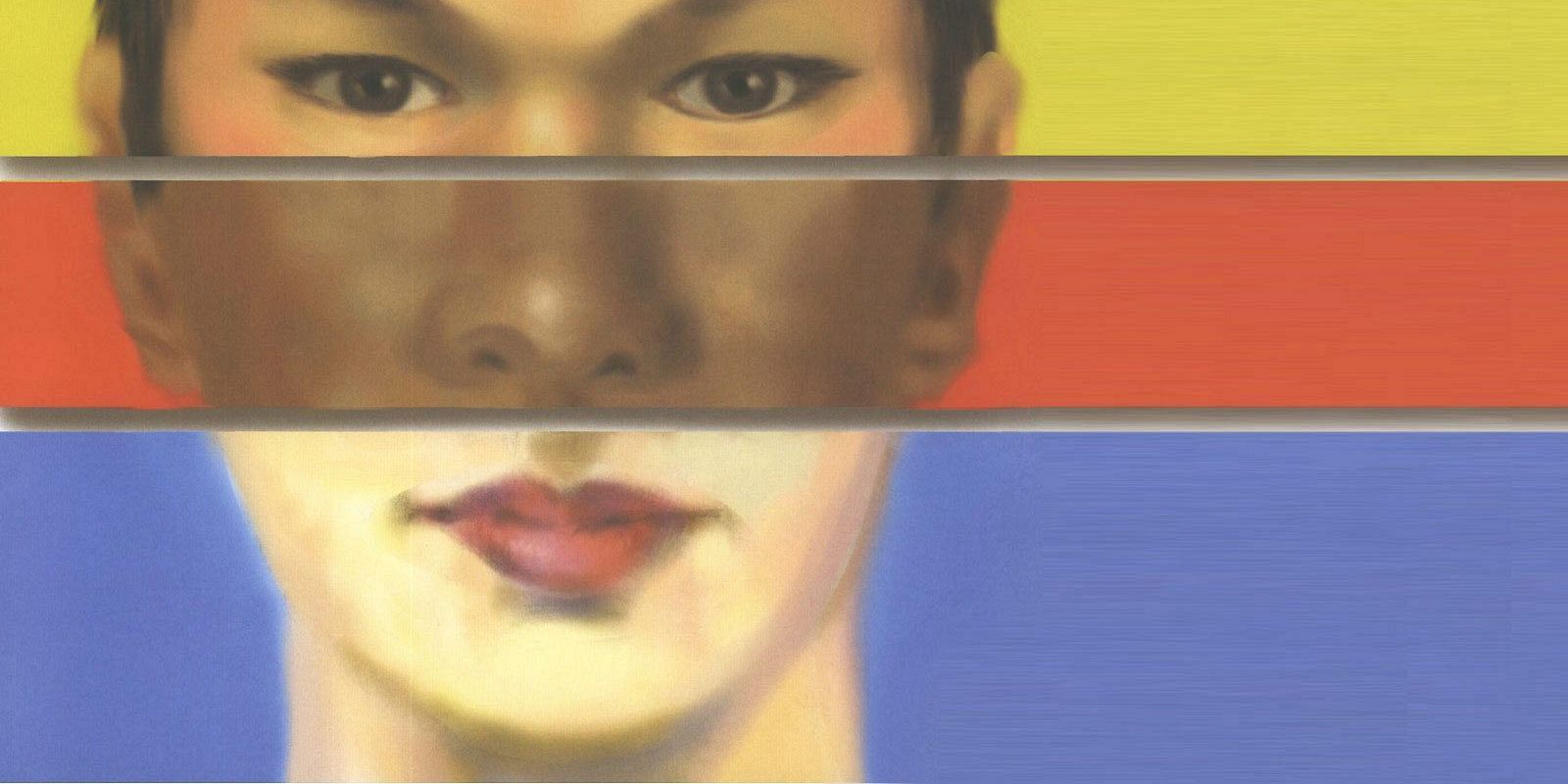 Lesson 2: Seeing In A New and Different Way

If they have been more AWARE since your last class together. If they say, yes, ask them how.

We sometimes think of a beginner as someone without information, someone who doesn’t know. But with a beginner’s mind, we can look at the world as if it were new, and see things other people don’t see – sometimes for the first time!

Activity 2: My New Ways of Thinking!

Create a chart, perhaps with the students’ help – perhaps they would like to help you design it. See next page.

We are creating a new chart to hang on our wall called “My New Ways of Thinking!” Every time you think you have discovered – or understood – a new way of looking at the world around us, you can write it on this chart! 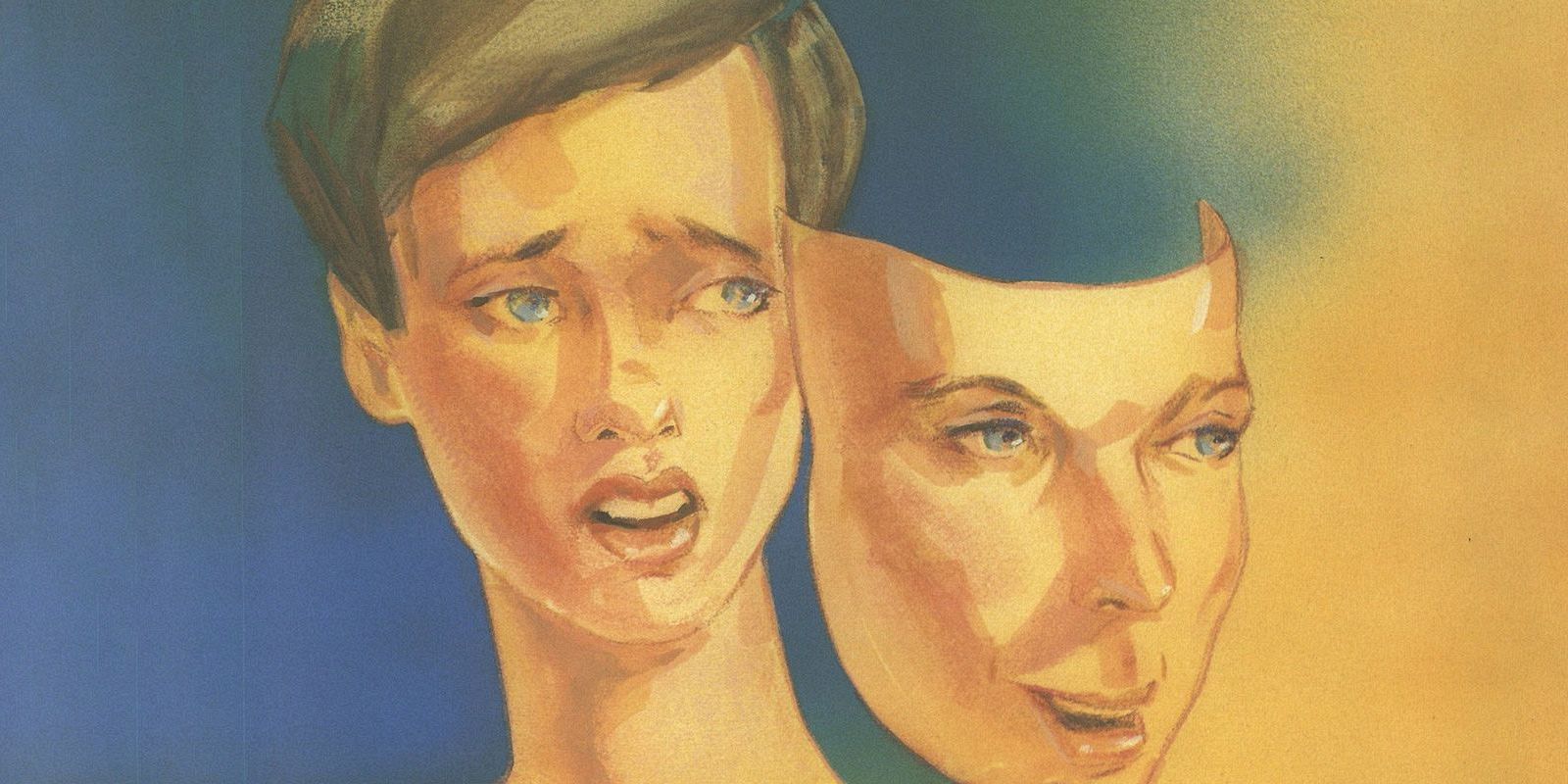 Lesson 3: Why Are We In Conflict?

Ask students if they have “new ways of thinking” to add to the chart. Give them a few minutes to make additions.

What are some ways you can think of that create conflict?

Ask students to sit comfortably and listen as you read, with as much mystery and imagination as you can.

The roar of the Sabertooth tiger rang ferociously in the dead black night. The human-like creatures huddled nervously in the small cave, their eyes alert. They grunted fearful sounds, in voices not loud enough for their predator to hear. The moon shone brightly on the thick undergrowth. The beast was coming closer, its scent in the air.

Dawn came and there was no beast in sight. The air was damp with primeval mist. Large birds flew overhead, crying out their primitive calls, causing smaller prey on the ground to scurry into hiding for fear of attack. The human creatures moved slowly and carefully out of hiding, sniffing the air for danger. These dark, stooped, hairy, creatures half-walked, half-crawled out into the new day.

Grunting noises of anticipation and alarm, the creatures cautiously crept toward the large water hole beyond the dense forest. Coming upon the water, the creatures suddenly charged down the small hill, shrieking as they descended. Smaller animals looked up quickly from their drinking and ran for the cover of the trees and the safety of their shelters. The human creatures stood almost totally erect and made threats with their arms, waving them at the retreating animals. After some cautious scouting of the water hole, the small group sat down on their haunches to drink from the cool water, all the time carefully watching the edge of the forest for any intruders.

For a long while, these human creatures dominated this survival area, guarding it against any surprises. Sitting by the bank of the watering hole, they picked up small bits of grass and leaves, smelling and tasting each sample of wild growing plant.

Later in the morning, the group moved slowly off into the thick underbrush in search of more edibles. Coming upon a clearing, they found huge buzzards eating the flesh of a great elephant-like creature recently killed by an even larger animal. This half-eaten beast had attracted hungry scavengers who were fighting over the remains. The human animals ran toward the scavenging animals, screaming and driving them away from their food. They waved their arms, threw rocks, and challenged the others with sticks.

A saber-toothed cat and her two cubs were temporarily driven off. Meanwhile, a small pack of hyenas tried to close in to regain their prey. Even though the human creatures were smaller and no match for the saber-toothed cat and hyenas, they managed by working together as a tribe, to keep the larger and more fierce animals from their dinner. Perhaps this would be the last full meal for the human creatures for a long time.

They ate greedily while anxiously watching the other hungry animals — all of whom, given the chance, would kill them to get at the food. While they ate, they hunched down in a protective circle, cautiously remaining alert to any movement on allsides around them. They ate as fast as they could because the sun was falling, and at night there was always the chance that a powerful beast of prey — like the sabertoothed tiger — would return and make dinner out of them. 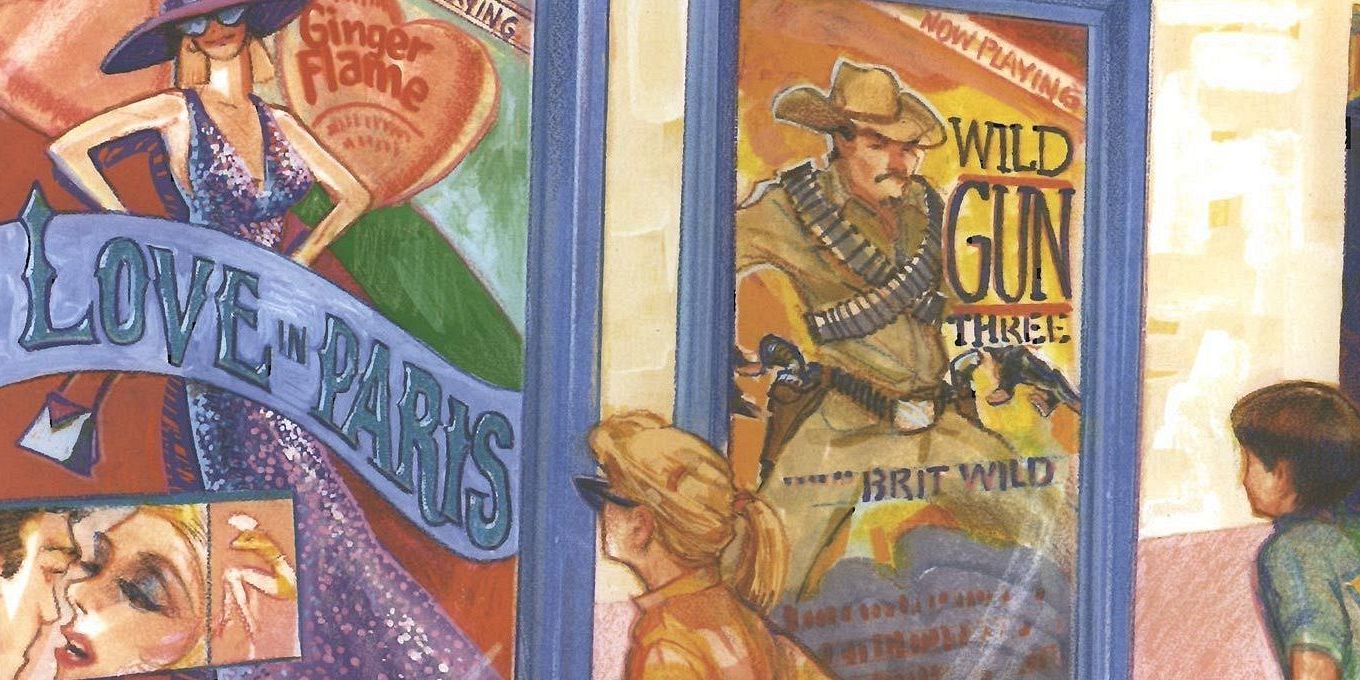 Lesson 4: Can We Win Without Fighting?

If they have “new ways of thinking” to add to the chart. Give them a few minutes to make additions.

Our brain has three sections – our Input Center, our Command Center, and our Output Center.

Example: We are in an auto accident and our five senses tell us what we saw, what we heard, how we felt.

Through our five senses, we send messages to our brain, our Command Center, where information is stored. Is it important to store and sort all the information we take in?

Everything we say and do is based on information stored and sorted in our minds. Do we need to be careful how we report information we’ve taken in?

Example: Is it possible that nobody is “right” and nobody is “wrong” and that you both share responsibility and have to be willing to look at each of your roles in this accident?

Explore this situation with students. Then go to the activity below.

Activity 4: My Secret Self!

Ask students to sit quietly in their seats. Tell them you are setting a timer for five minutes during which time they will get to know their “Secret Self”! Tell them: This is the self we all have in common.

You cannot hear your inner thoughts unless you are silent. This inner “Secret Self” is our intelligent, intuitive, insightful self! It’s the self we all have in common. 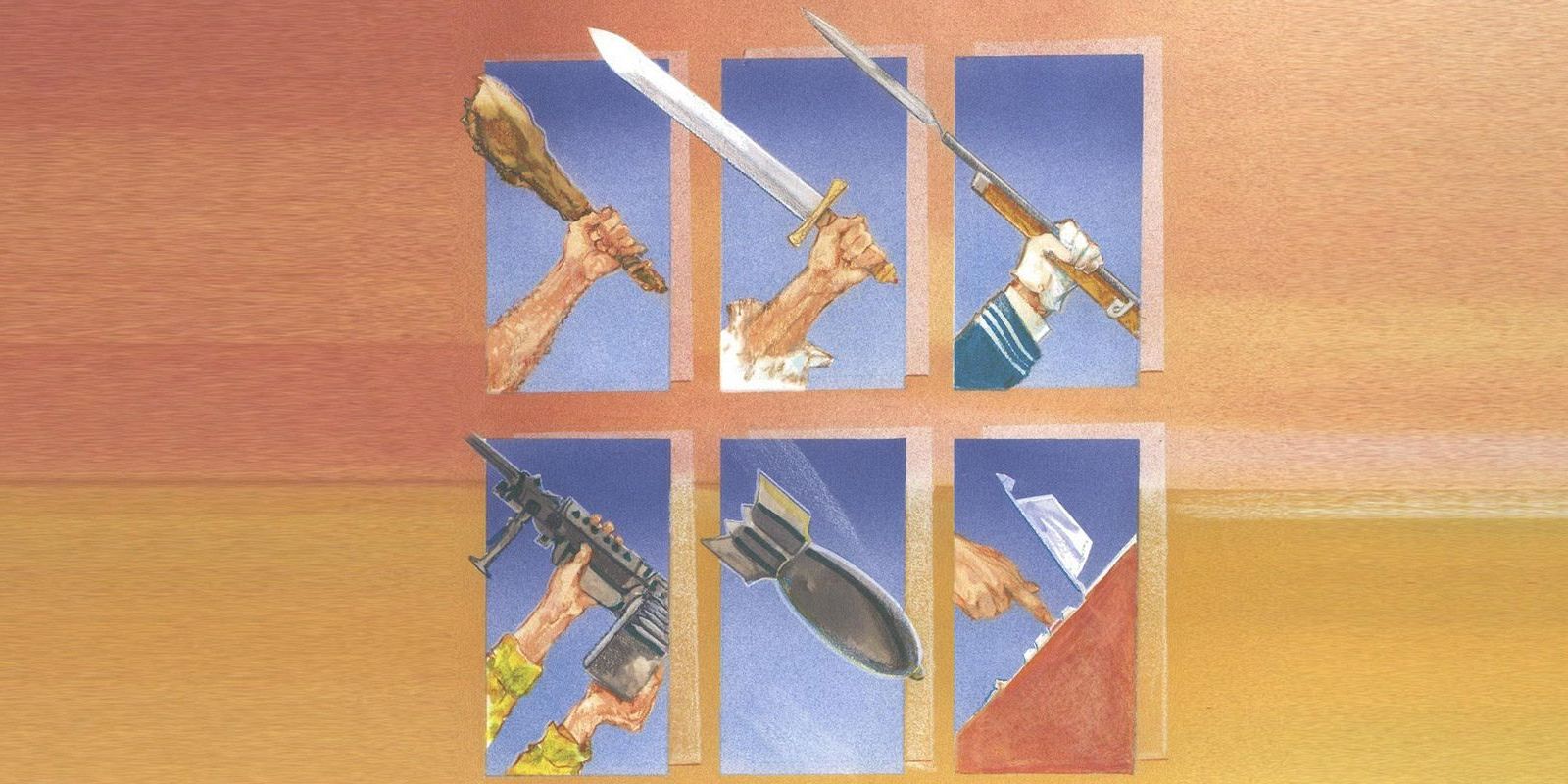 Lesson 5: Survival Begins in My Mind

There are three kinds of conditioning – ways we’re trained to think and act:

Sometimes we’re conditioned to think and act in ways that help us, and sometimes in ways that do not. What’s important is that we learn to tell the difference.

Go to the activity on the next page that helps students realize how a fight begins. You’ll need to put students in pairs.

Put students into pairs. One is Person #1, and the other is Person #2.

For all of us to survive on this planet, which is our home, it’s important to NOT fight. 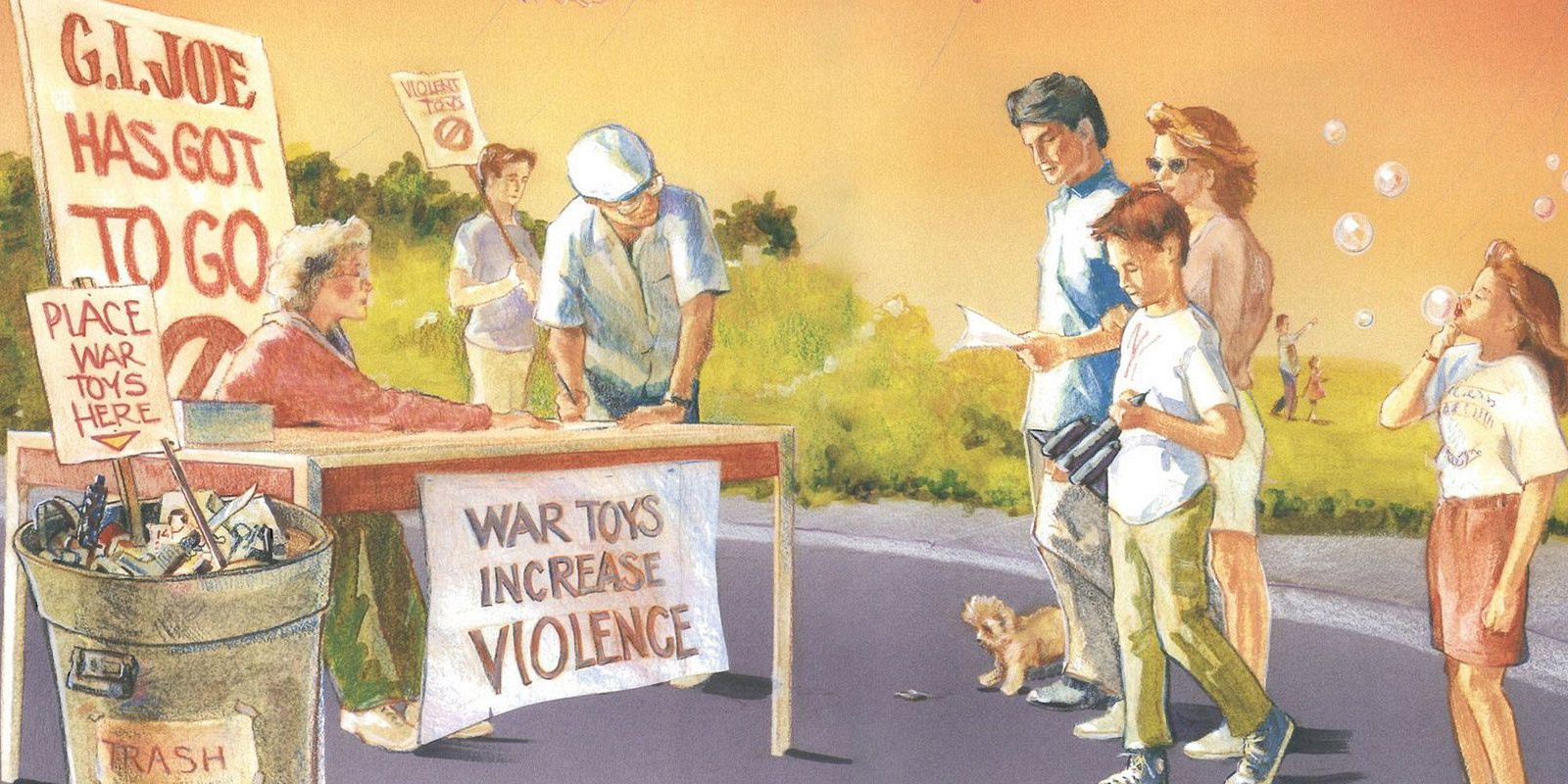 Lesson 6: Ways For Everyone To WinYour mind is the greatest protection you have!

Thoughts for the Day:

When I meet a person different from me, and I see a difference between myself and this other person, I create a separation that divides us.
This creates CONFLICT.

When I meet a person different from me, and I see a way this person and I can communicate, I have the opportunity to learn something new.
This creates UNDERSTANDING.

Below is an activity to help students deal with real conflict situations. Take the time to do it with them.

After all presentations are made, ask students:

Congratulate students on their excellent work! 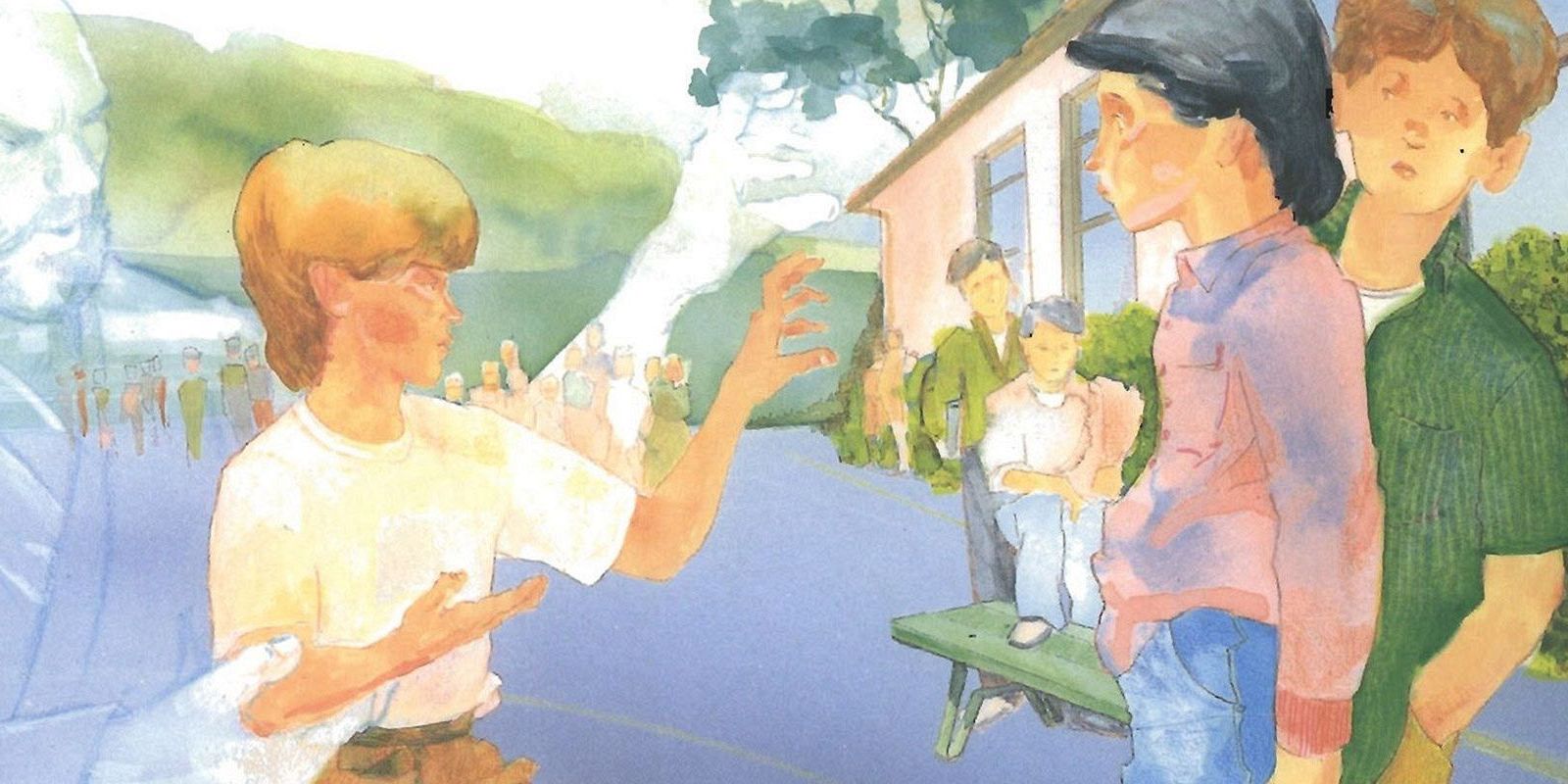 Lesson 7: How the Feeling of Difference Begins

Thought for the Day

When we see differences between ourselves and others as reasons to separate, we create conflict.

When we see differences between ourselves and others as interesting, we are more likely to get together and learn something new.

For a fun exercise, ask student, one by one: 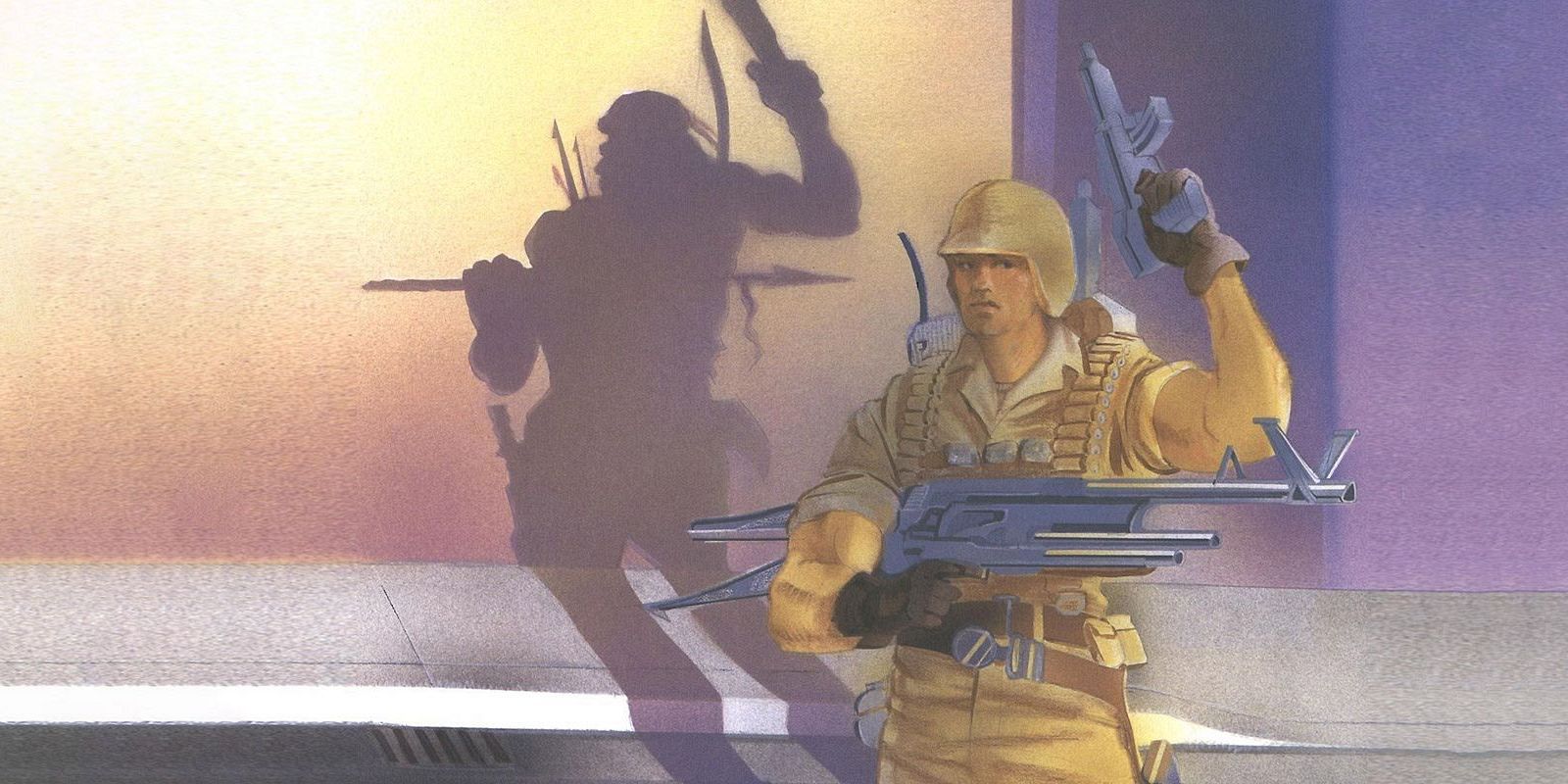 All bullies have a lot in common:

All victims have a lot in common:

Use the activity on the following page so that students can think about what bullies and victims can do to help themselves.

If they’ve been bullied, or have been a bully, there are some steps they can take: 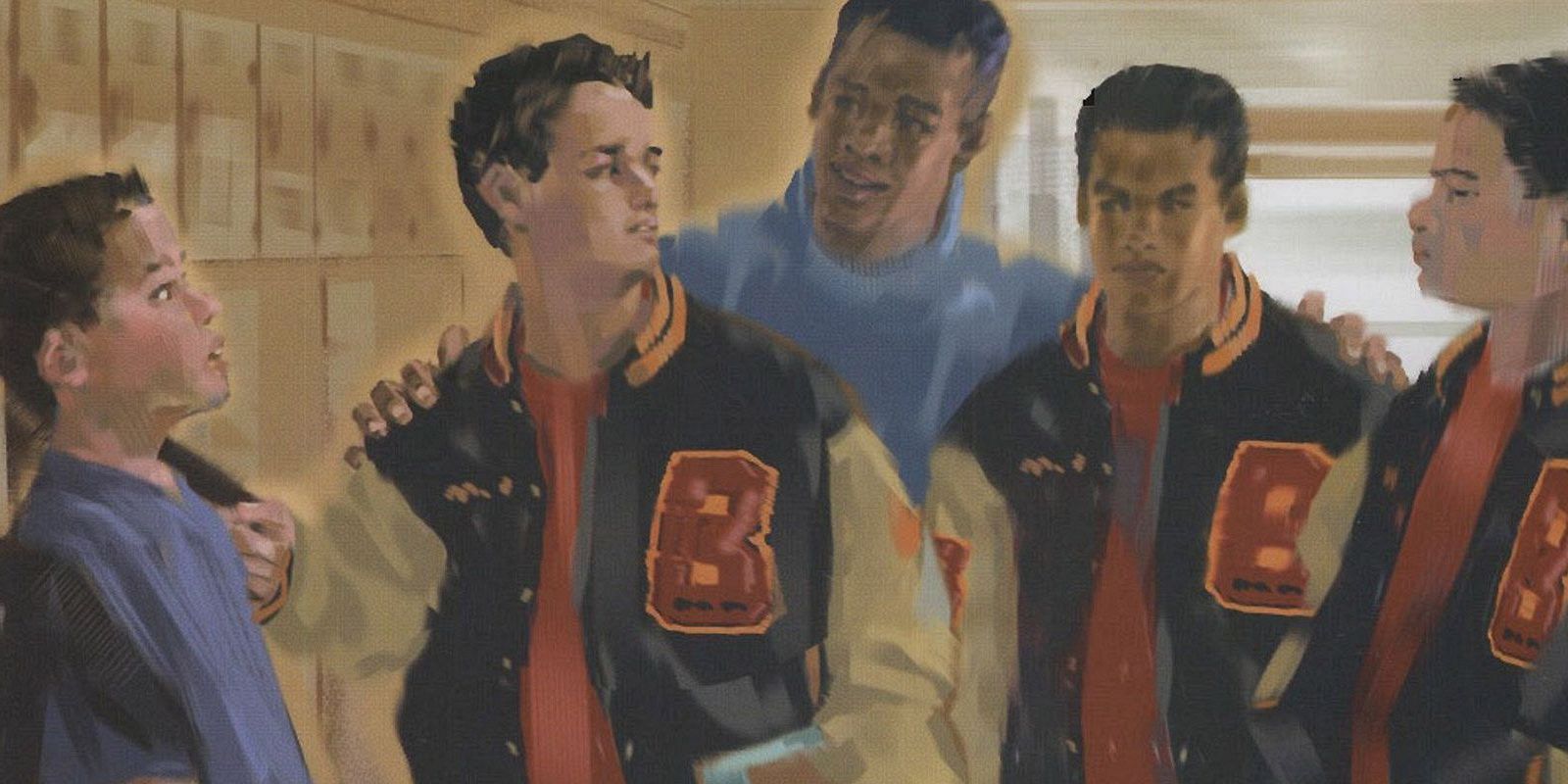 Lesson 9: Fear Is The Only Thing To Fear

Thought for the Day: We all have a place in us that has no fear.

On the following page is an exercise called “Break The Pattern”! It’s a way to practice working through our conditioning so students can start to have new thoughts.

Present students with some brain patterns. Talk about how our minds can break the patterns we’ve been conditioned to follow! Create some patterns of your own for your students, and ask them to Break The Pattern in their own ways!

Situation: There is a stranger.
Fear: This stranger is bad and will harm me.
Conditioned reaction: I better run away.

Situation: There is a stranger.
Fear: This stranger is bad and will harm me.
Conditioned reaction: I better get ready to fight.

If these brain patterns are part of a physical threat to our life, our decision may be to run away or fight. If we’re mentally threatened, there’s no immediate danger, but we’re experiencing fear. Opportunity: Break the enemy image!

Situation: There is a stranger.
Fear: This stranger is bad and will harm me.

Notice the fear! I’m scared. I feel threatened.
Stop! Think! Should I run away? Should I fight?
Break the enemy image: Maybe we can talk.

Situation: Our country is threatened by another.
Fear: That country is bad, and wrong.

Notice the fear! Our country is frightened by that country.
Stop! Think! Will we have to defend and protect?
Break the enemy image: Let’s discuss our differences! 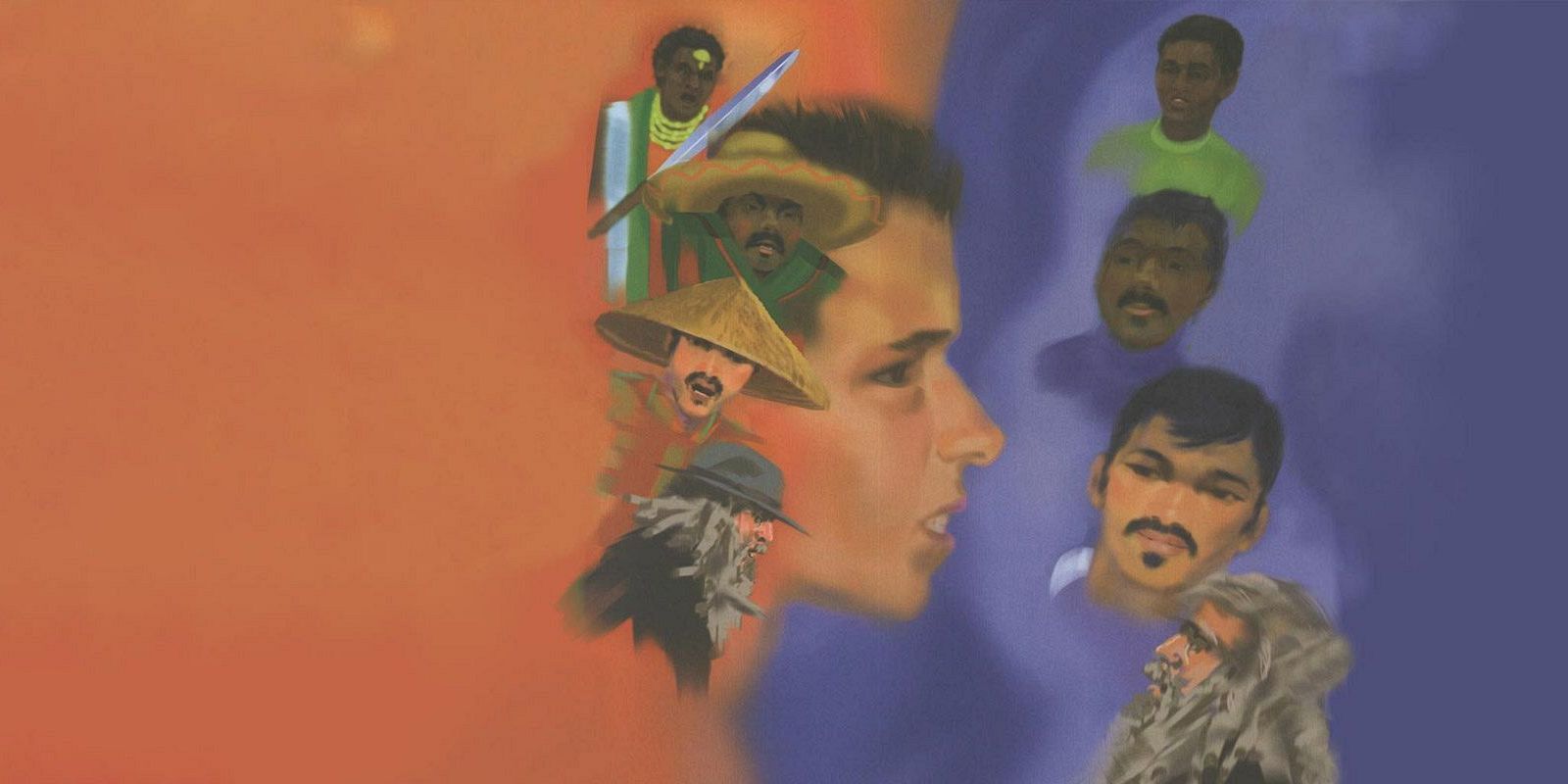 Lesson 10: Creating Similarities Instead of Differences

Read to students the story “Through The Eyes of Peace” in the book Tug Of War.

Awareness Is a Sixth Sense!

We all have the ability to BE AWARE, but we don’t always pay attention to our awareness.
When we are aware, we can focus on similarities instead of differences.

Respect is the act that conquers fear.
When we can genuinely respect one another, we have nothing to fear.

Take a look at the final activity on the following page.

Activity 10: Peace Can Happen In An Instant!

Congratulate students on their good work! Leave enough time to celebrate the progress you’ve made together and the new way of thinking that you’ve all achieved.

When we take that “Stop! Think! moment that prevents a fight or a battle, peace happens in an instant! 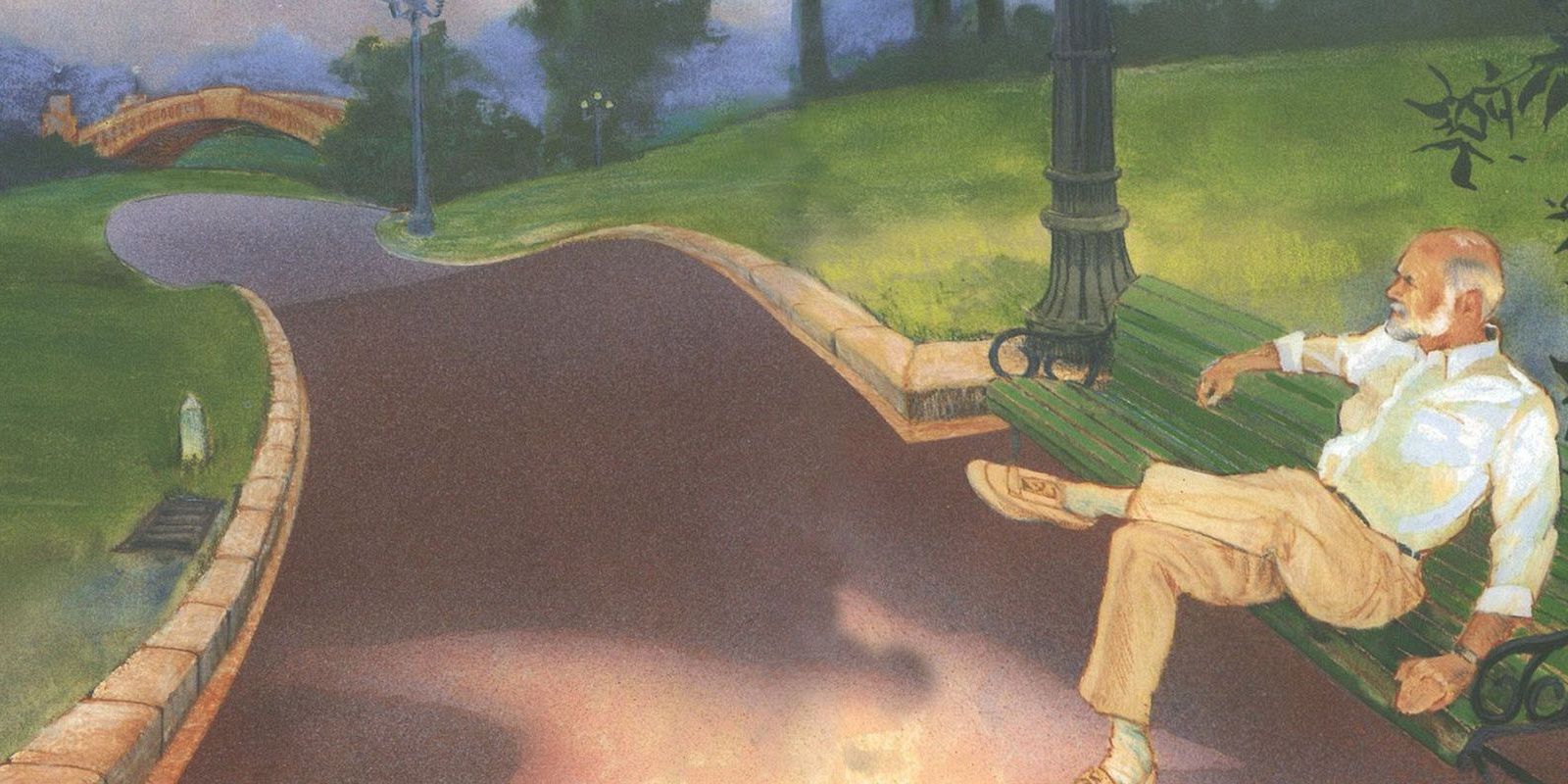